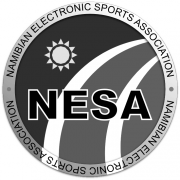 Goodbye to the Namibian Electronic Sports Association (NESA). The idea and intentions behind NESA where good but it failed due to the lack of commitment and support by the community.

Let us rise from the ashes and push competitive gaming in Namibia!

[important]At our monthly management meeting last night, at which a quorum of the board, as well as a quorum of NESA members was present, it was decided that NESA be dissolved with immediate effect. The reasons for this are as follows:

– Due to some members of the board performing their tasks very poorly or simply not at all, NESA was unable to meet the requirements / deadlines for hosting the leagues. It got to the point where we had to cancel the league for Tekken, since the people delegated with certain tasks were simply not getting them done. Running something of this magnitude is difficult when board members, past and present both included, simply do not pull their weight.

– Also, interest and input from the community has been at an all-time low this year. While this is understandable, since NESA has not always been able to meet promises made or make enough things happen in the past, it’s very disappointing that so little of you have shown any kind of interest. Everyone always has something to say about the way NESA should be run, but when it comes to the actual doing, no-one is prepared to put up their hands.

Unfortunately it has gotten to the point where NESA can simply no longer carry on as it has been and we have had to make this very difficult decision.

To those of you have made positive inputs during the past few years, a very big thank you. I won’t thank you in person, since I won’t be able to remember everyone, but please know that your work is greatly appreciated. We are sorry that it could not bear more fruit.

A special mention of thanks to Kai Eyßelein, who has put more time and effort into NESA than anyone else, for the endless hours of dedication, without whom NESA would never have gotten as far as it did.

To those of you who actually made the effort of registering for NESA membership this year, you will be contacted in order to be given a refund of your membership fees.

This is Johan signing out on behalf of NESA.[/important]

Comments have been disabled.